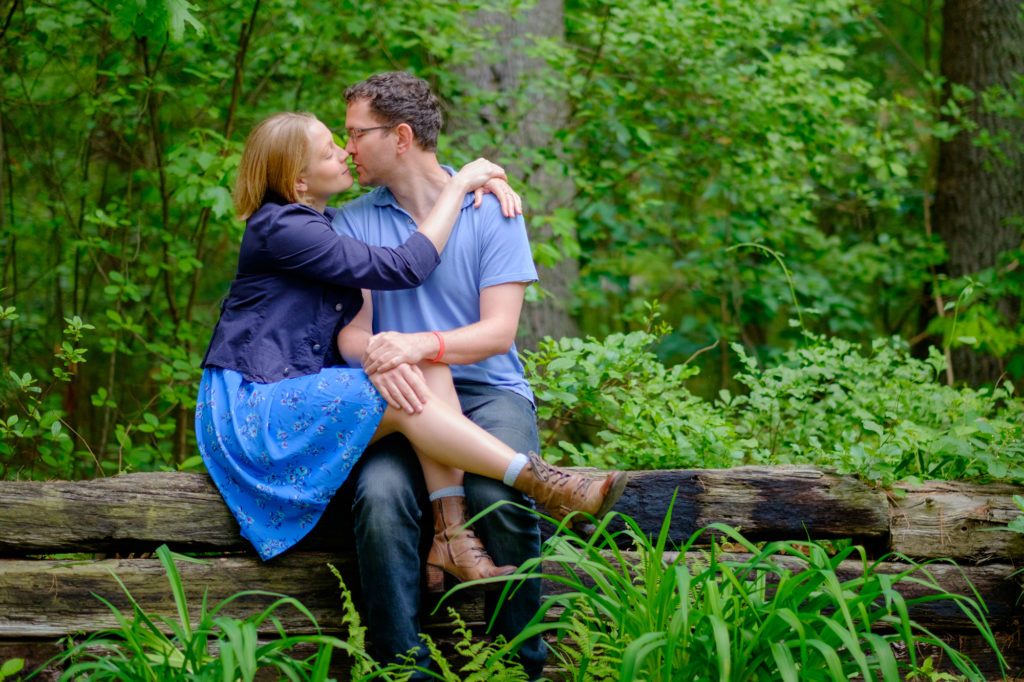 Lara and Jason met online. For their first date, they rode their bikes to the ice cream shop where Jason used to get ice cream with his family as a child. Isn’t that sweet? And athletic too! It was about 20 miles from where they both lived at the time.

They soon realized that they share a love of Disneyworld, Christmas, and they both do martial arts. (Yep, they could both probably kick your butt!)

We spent they day in the woods behind Jason’s childhood home, blowing dandelions, eating the same delicious ice cream they had on their first date, and generally goofing around. There was posing on tree trunks, dancing to movie soundtracks, and a mini tai kwon do face off. (Don’t worry – no one was harmed in the making of these pictures.)

I’m thrilled that these two beautiful humans agreed to play in the woods with me and let me bear witness to their special connection. 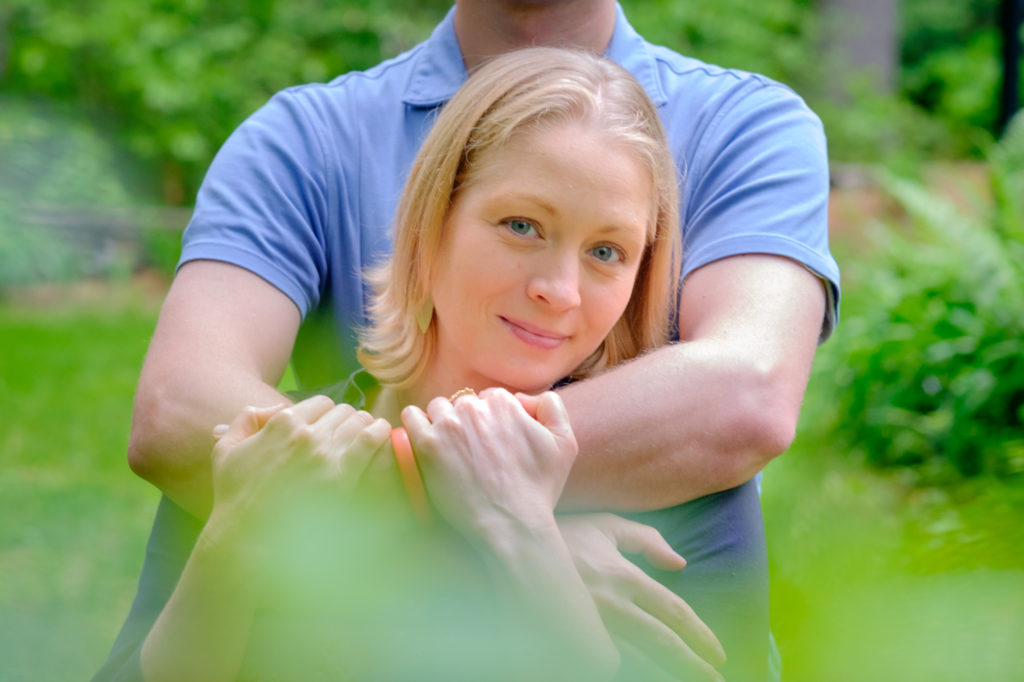 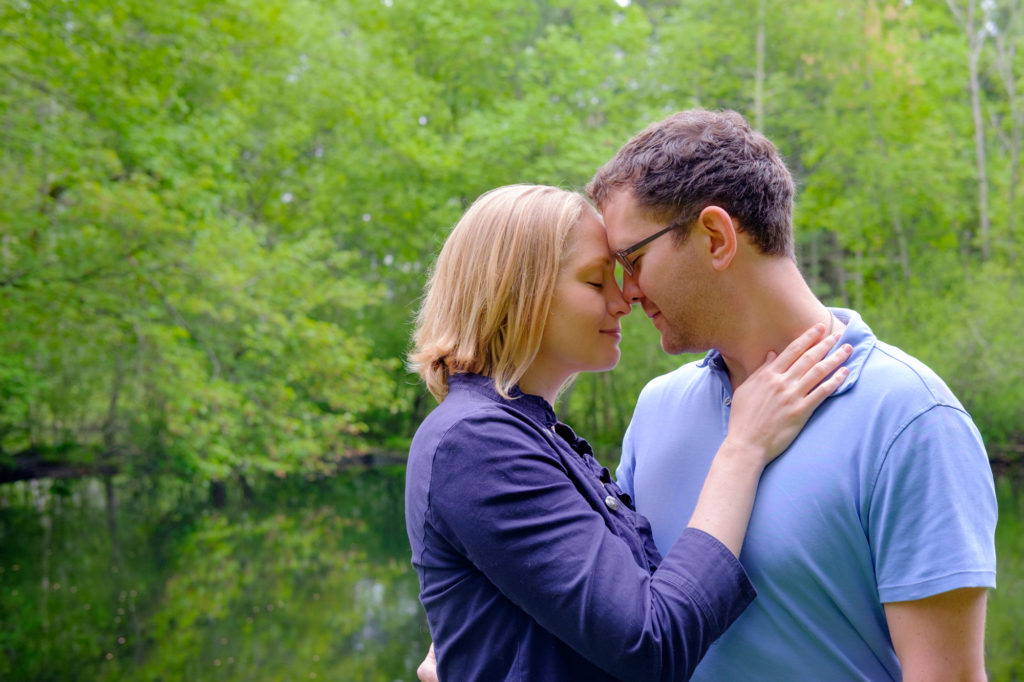 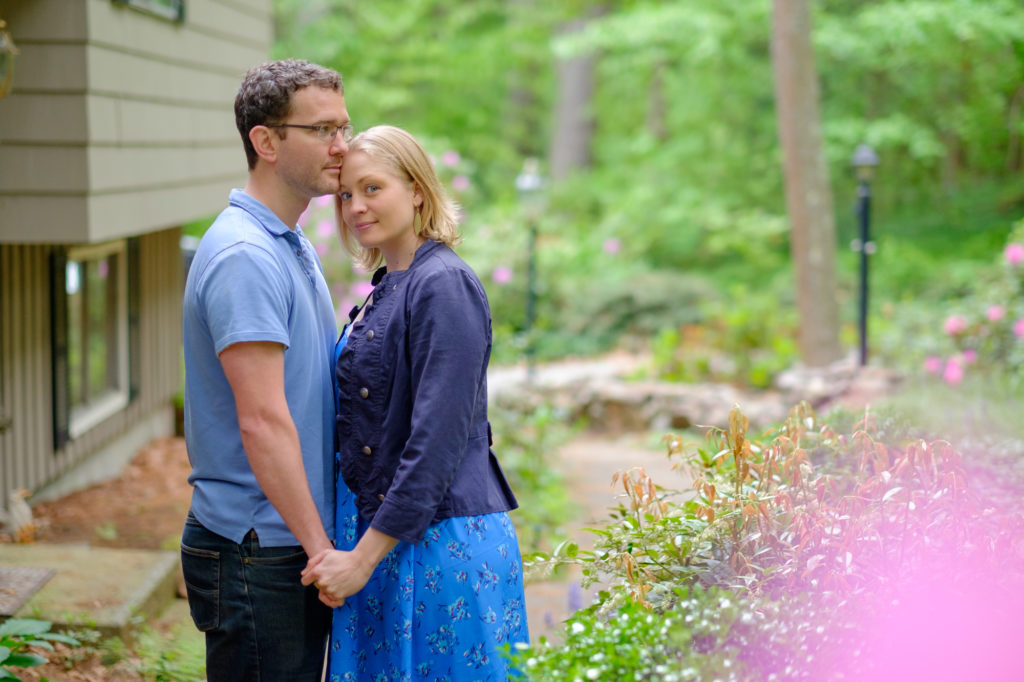 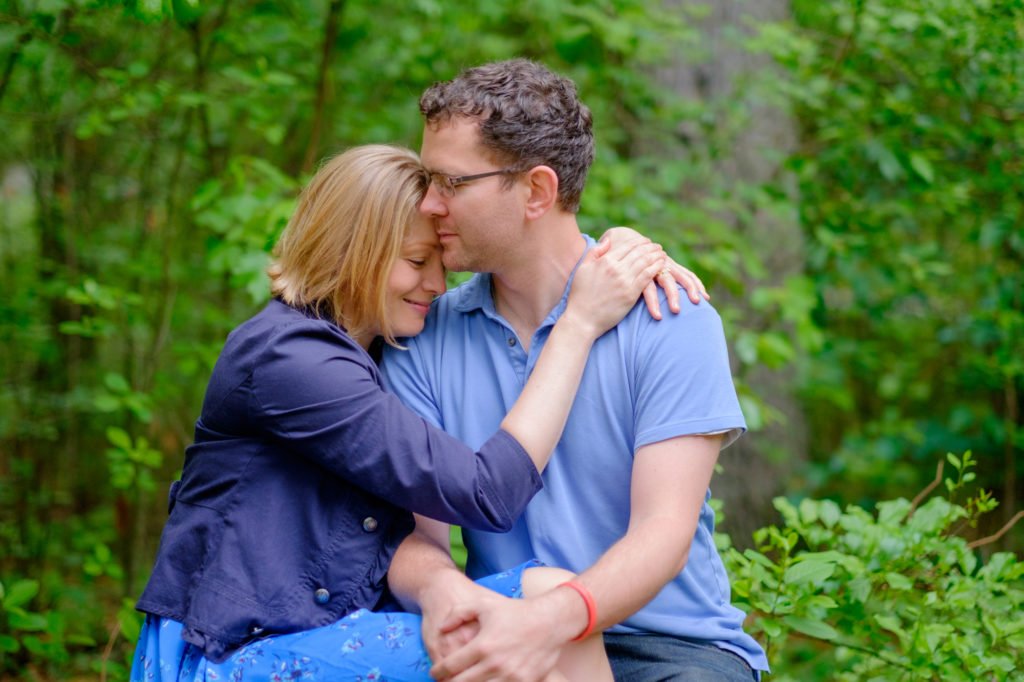 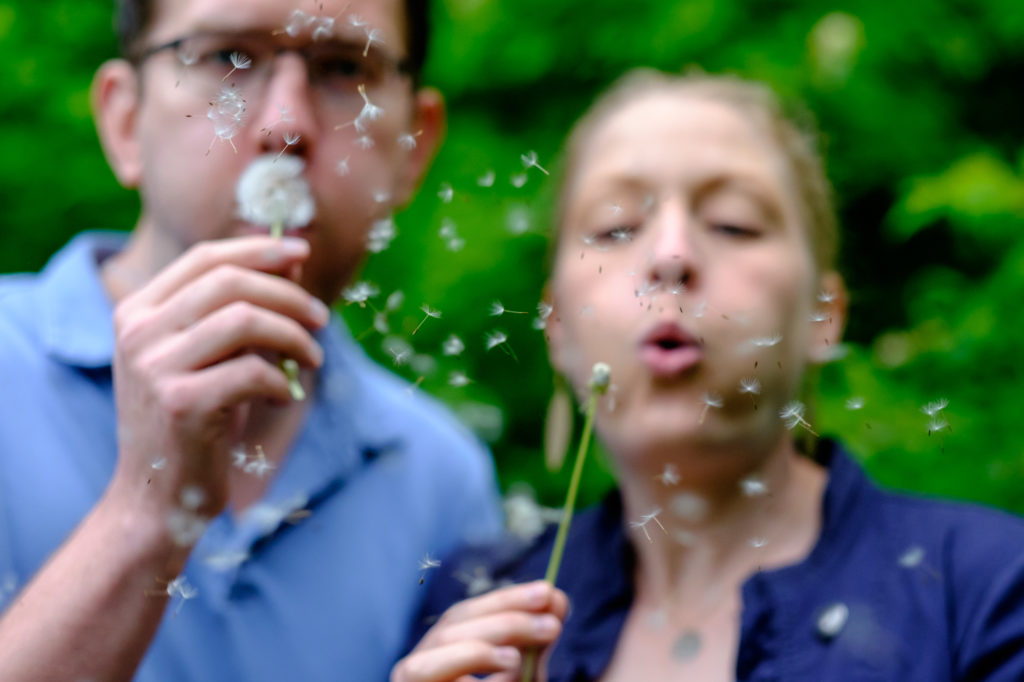 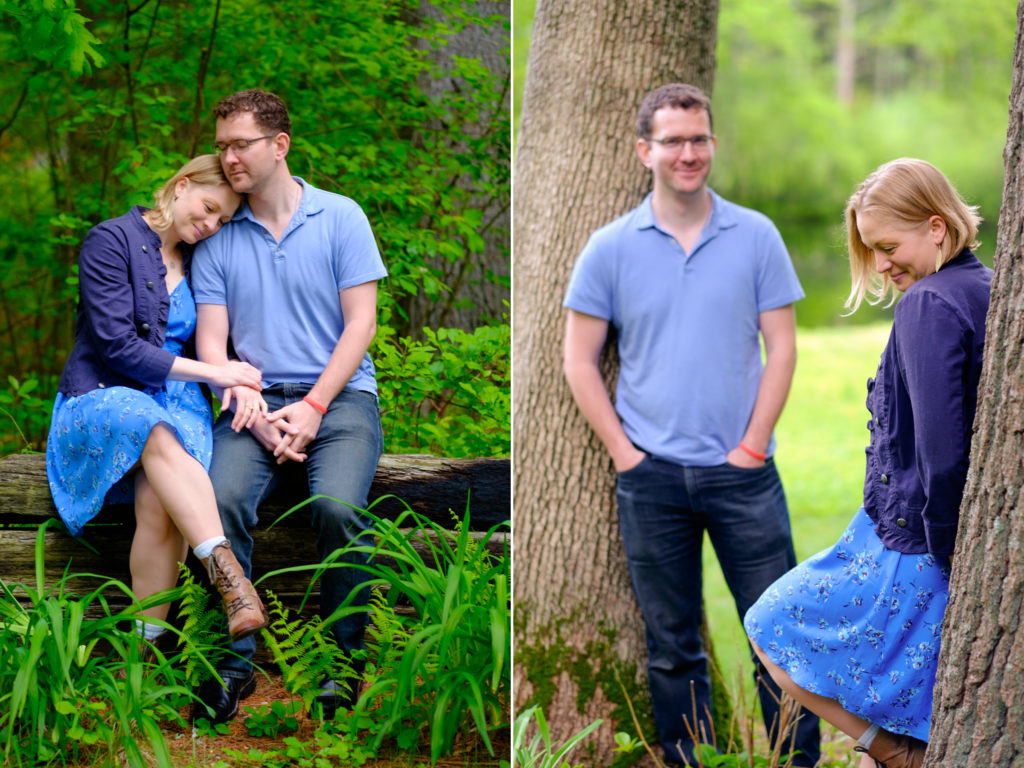 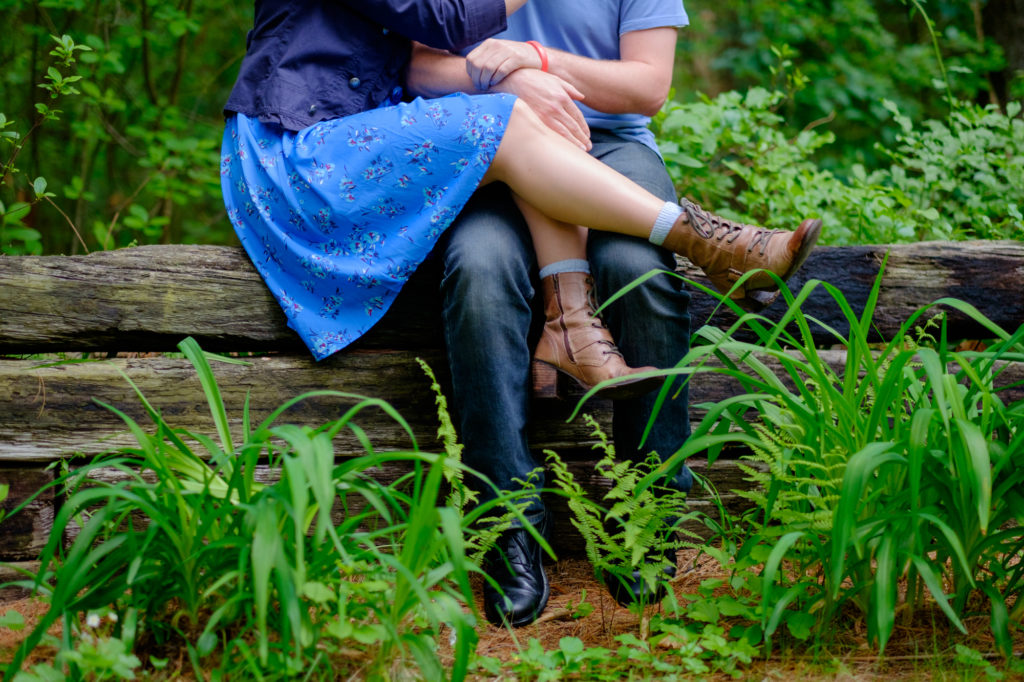 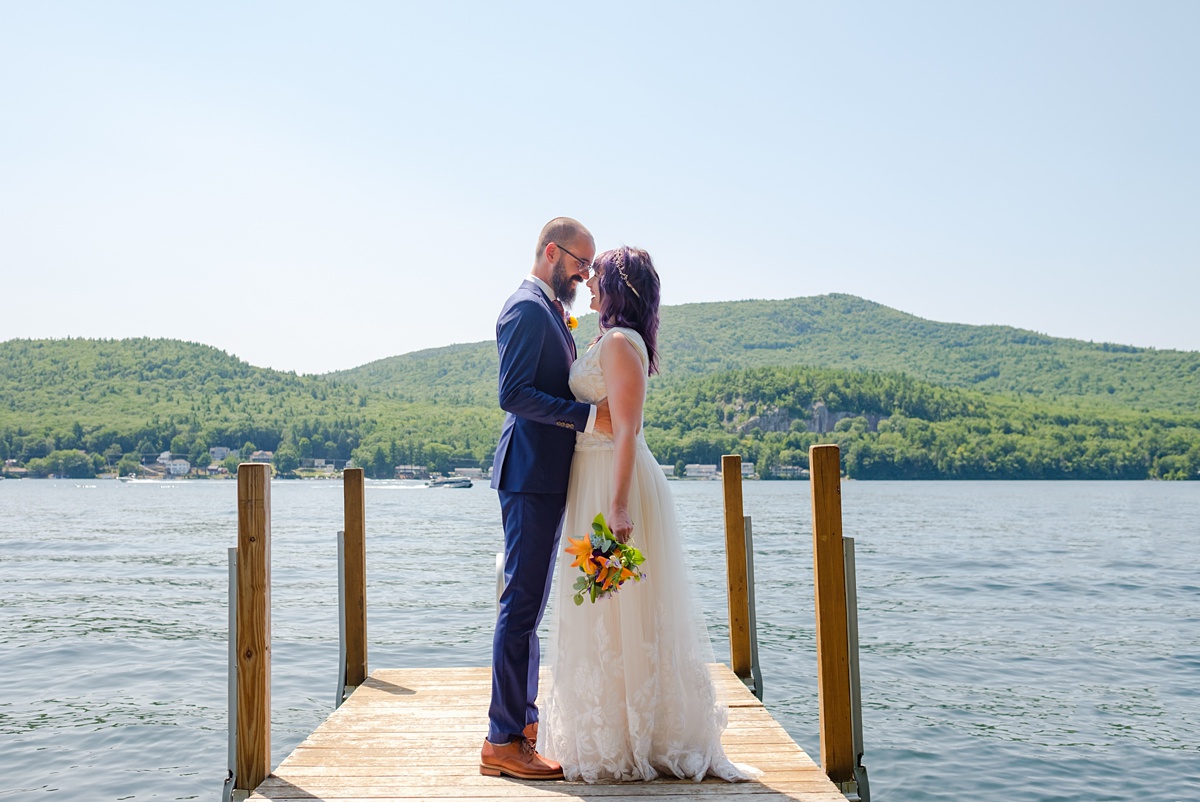 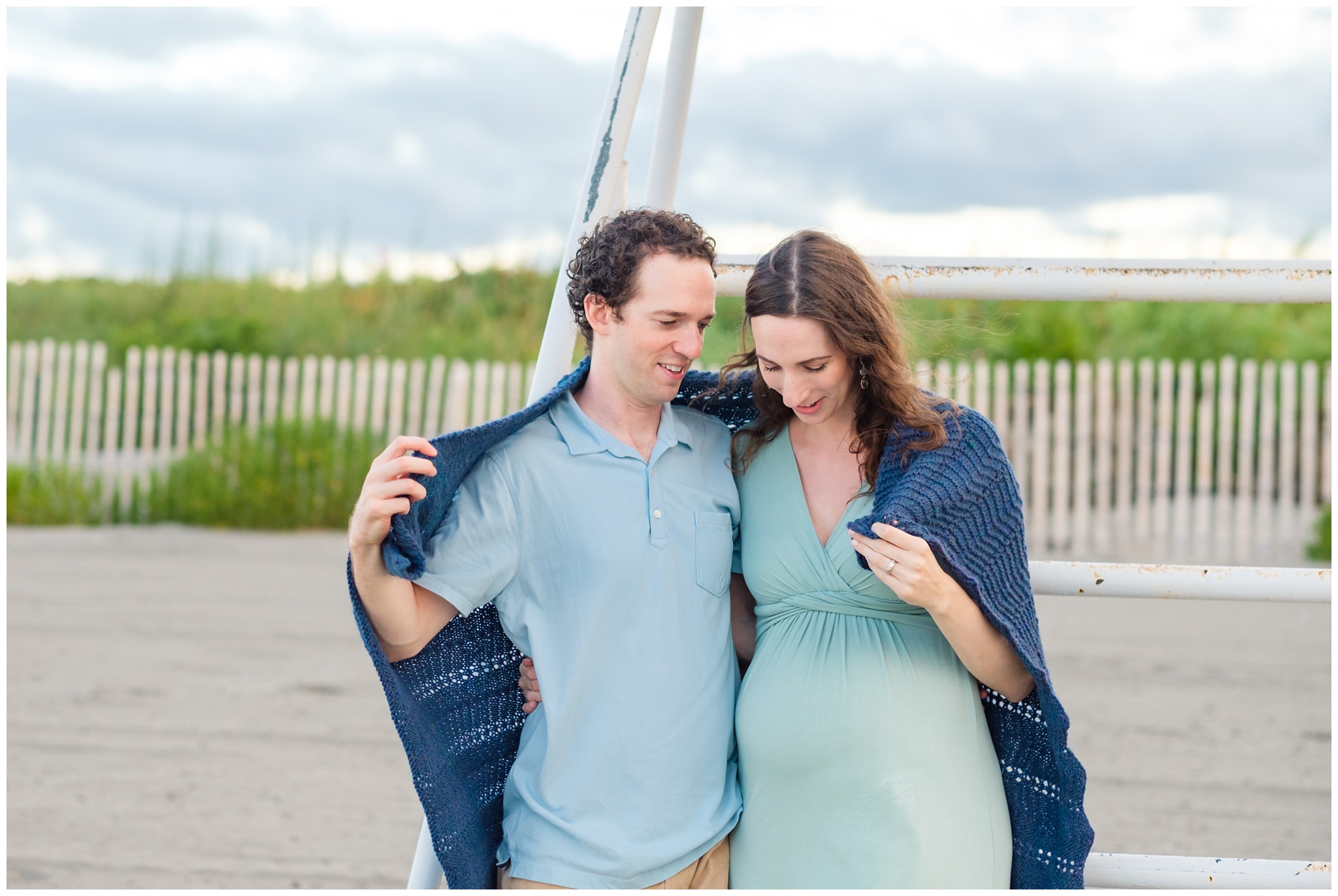 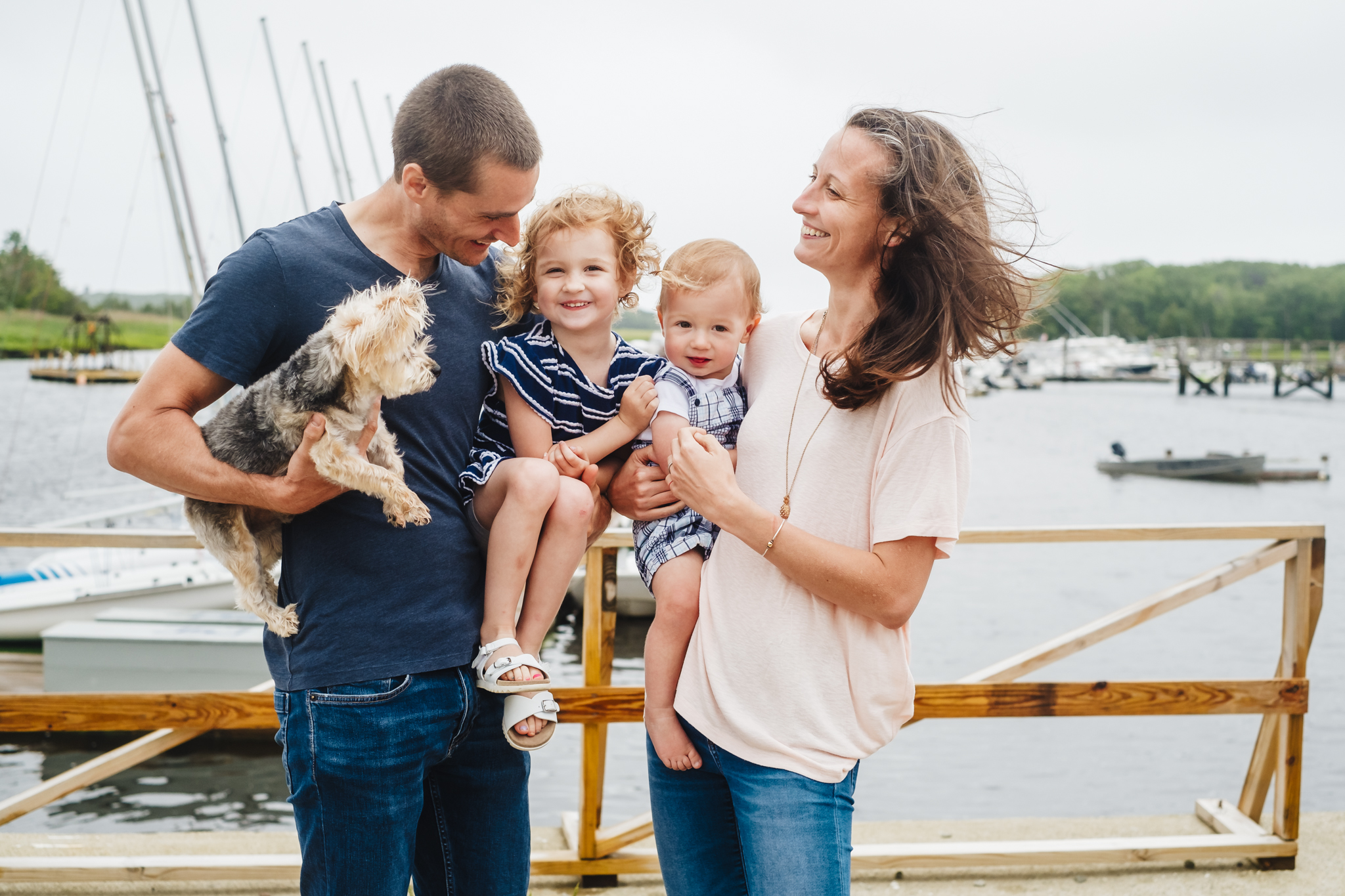